At Moulins Lauzes we are craftsmen of stone milling that attain to the highest standards we can set ourselves. Our mills are created to reveal the full nutritional value within the grain which is in accordance with the process developed by the Astrié brothers. Our mills have customizable solutions for small and medium production as well as maintenance included.

The legacy of craftsmanship

Before building stone mills, Philippe Lauzes was a craftsman of a different nature until a series of chance encounters led him to the Astrié brothers in 2007.

The Astrié brothers lived and worked all their lives in the Tarn, the South of France. They inherited their family’s passion for mechanics which arranged from early aeronautics to post war car mechanics.

Ill health due to poor nutrition led the two brothers to pay special attention to their food and in turn their bread. This of course led to the grain then the flour and then finally to the mill.

Having built a portable oven, the two brothers set out towing it on their motorcycles. They visited farmers up and down the country learning from them and in return offered them the mill they designed which produced flour of exceptional quality and allowed them to create more value from their land.

Philippe was trained by the Astrié brothers on all technical aspects of the mills and was also immersed into the philosophical questions underlying flour and bread. 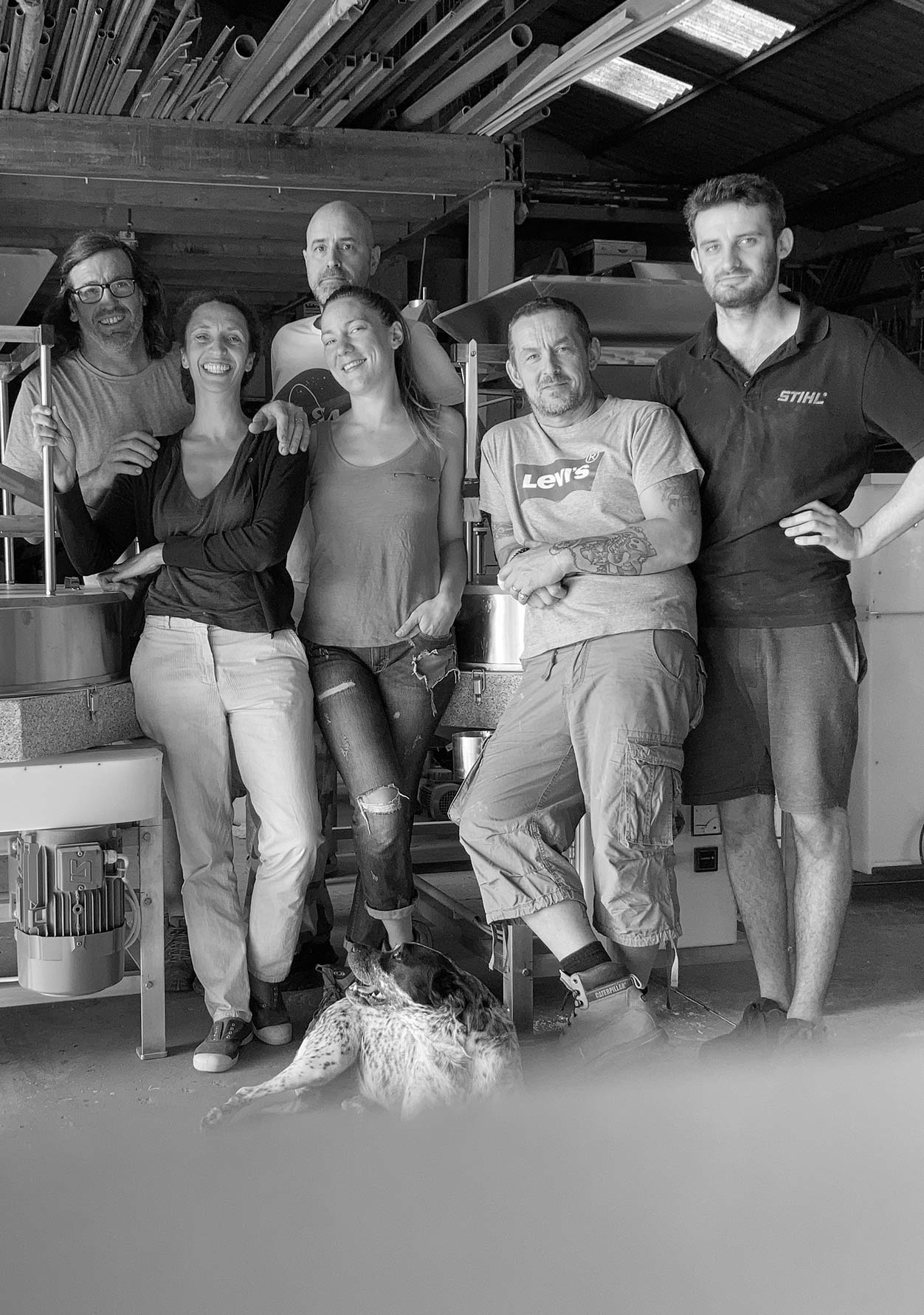 A team dedicated to driving excellence

At Moulins Lauzes we are a team of craftsmen who are dedicated to attaining excellence in the mills we produce.

Philippe and his team, Marie-Jordane, Stéphane, Nicolas and Jérémy are based in the Arnouzette area of Carcassonne (South of France).

With an in depth and up to the minute understanding of nutrition and the food we eat the team at Moulins Lauzes are commited to making mills which produce the highest quality flour.

Our customers range across the EU in such countries as Belgium, Spain, Switzerland and the UK.

We have a personal relationship with each mill we create and the final result is based on a unique story.

The Astrié brothers claimed that they had never manufactured two identical mills: each mill had not only benefited from the technical developments of the previous mill, but also from the mechanical ingenuity and an eye for simplicity. With this in mind, Moulins Lauzes applied these innovative dynamics to his own mills and created solutions that simplified the management of the Astrié brothers design and alleviated work constraints.

The constant innovations and development of the mills of Moulins Lauzes has been possible with the collaborations and contributions of farmers, millers and bakers who understand the subtitles and complexities of their professions. Our customers understand nutrition and high-quality flour so we work with them to achieve the outcome they desire and strive for.